There are several factors to decide the quality of a LCD screen, such as raw material, production environment and so on. Today I would like to introduce some production technology, GFF, GG, OGS, INCELL, ONCELL. Have you heard of that？ 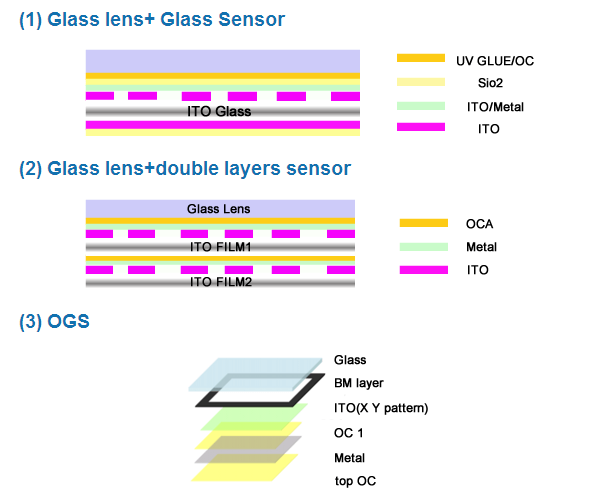 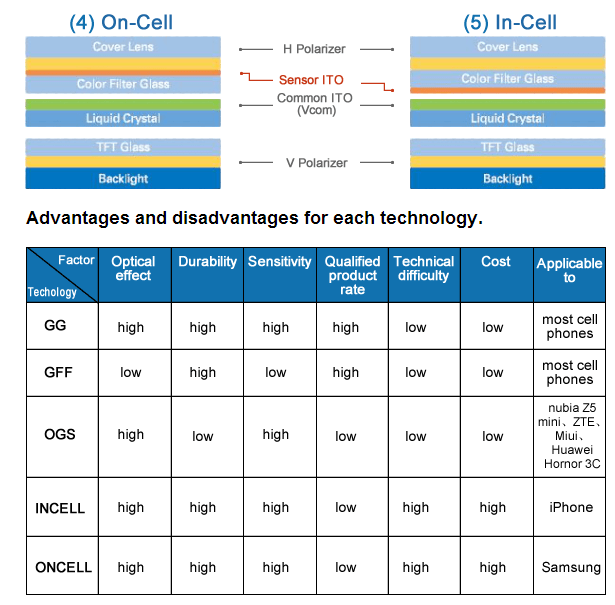 In summary, as for incell and oncell, the technology are newly developed and in high cost. They are not stable in performances. GFF is low in optical effect and sensitivity. OGS adopts simple only one lamination so that it will cause security problems.

Firstly, compared to other technologies, G+G currently is the widely used and the most stable technology in China, and lower in prices. That’s why HSYLCD chooses G+G technology as the current plan. But we are still making researches on OGS, INCELL and ONCELL with our suppliers, and will adopt these when the technology gets more mature.